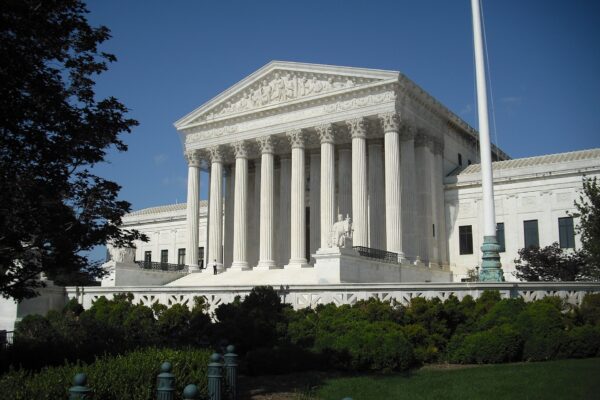 In Timbs v. Indiana, 586 U.S. ___ (2019), the U.S. Supreme Court established that the Eighth Amendment’s ban on excessive fines is an incorporated protection that applies to the states under the Fourteenth Amendment’s Due Process Clause.  While the facts in Timbs were centered around the accused’s underlying conduct in violation of state criminal laws, the Court’s analysis and holding could portend added protection for entities and individuals when state agencies seek to impose excessive fines.

Timbs arose from the arrest by Indiana police of an individual charged with dealing in a controlled substance and conspiracy to commit theft.  At the time of the arrest, police seized Timbs’s Land Rover SUV which he had purchased using $42,000 received as a beneficiary under his deceased father’s life insurance policy. Timbs pleaded guilty to the charges and was sentenced to one year of home detention plus various probation terms and the obligation to pay fees and costs totaling $1,203.  Indiana brought a civil in rem forfeiture suit that targeted Timbs’s Land Rover SUV, contending that Timbs should forfeit the vehicle he used to transport heroin.  While the state trial court found that Timbs had used the Land Rover SUV in connection with his violation of the criminal statute, that court determined, and the Indiana Court of Appeals subsequently affirmed, that the forfeiture “would be grossly disproportionate to the gravity of Timbs’s offence, hence unconstitutional under the Eight Amendment’s Excessive Fines Clause.”

The Indiana Supreme Court reversed the decision on appeal, but chose not to decide if the forfeiture was excessive, and instead categorically held that “the Excessive Fines Clause only constrains federal actions and is inapplicable to state impositions.”  Timbs appealed this decision to the U.S. Supreme Court, which granted certiorari.

Justice Ginsberg wrote the majority opinion.  She traced the lineage of the Excessive Fines Clause back to the Magna Carta, and then chronologically summarized key amendments to the U.S. Constitution and related developments in U.S. Supreme Court jurisprudence.  In 1791, the first ten amendments to the U.S. Constitution (the Bill of Rights) were ratified and applied solely to the federal government.  After the Civil War, the Fourteenth Amendment was adopted and its Section 1 prohibits the states from, inter alia, depriving citizens of the United States of life, liberty and property without due process of law (the Due Process Clause).  Thereafter, the U.S. Supreme Court developed precedent that increasingly applied the Bill of Rights to the states, whether the constitutional amendment in issue prohibited or required state conduct.  While the U.S. Supreme Court on several occasions invoked the Due Process Clause to apply the Eighth Amendment to prohibit states from imposing excessive bail or cruel and unusual punishments upon U.S. citizens, the Court prior to Timbs had left unresolved the Eighth Amendment’s applicability to state actions under the Excessive Fines Clause.

Indiana argued before the U.S. Supreme Court that the Excessive Fines Clause did not apply because that clause’s specific application in Timbs – to a civil in rem forfeiture proceeding – was “neither fundamental nor deeply rooted.”  The Court declined to review the “fundamental” argument because it was not properly before the Court.  The Court also declined to reconsider its prior unanimous judgment regarding federal forfeiture proceedings in Austin v. United States, 509 U.S. 602 (1993), that recognized “civil in rem forfeitures are fines for purposes of the Eight Amendment when they are at least partially punitive.”  The Court explained that the standard inquiry must be to discern if the “Fourteenth Amendment incorporates a protection contained in the Bill of Rights” by asking “whether the right guaranteed – not each and every particular application of that right – is fundamental or deeply rooted.”  The Court essentially determined that the Eighth Amendment’s Excessive Fines Clause is an incorporated protection that applies whenever a state seeks to apply an excessive fine which is “at least partially punitive.”

It is fascinating that Justice Ginsberg supported her analysis by noting several cautious points about the relationship between states and fines, which the late Justice Scalia had articulated almost 30 years ago in Harmelin v. Michigan, 501 U.S. 957 (1991)(“Even absent a political motive, fines may be employed in ‘a measure out of accord with the penal goals of retribution and deterrence,’ for ‘fines are a source of revenue,’ while other forms of punishment ‘cost a State money.’”)(“[I]t makes sense to scrutinize governmental actions more closely when the State stands to benefit.”).

In the first of two concurring opinions, Justice Gorsuch confirmed that the Court correctly concluded that the Fourteenth Amendment requires the states to “respect the freedom from excessive fines enshrined in the Eighth Amendment.”  Justice Gorsuch offered a slight twist on the majority opinion, suggesting “the appropriate vehicle for incorporation may well be the Fourteenth Amendment’s Privileges or Immunities Clause, rather than … the Due Process Clause.”  Justice Thomas concurred in the Court’s judgment, but elaborated his view that “the right to be free from excessive fines is one of the ‘privileges or immunities of citizens of the United States’ protected by the Fourteenth Amendment.”